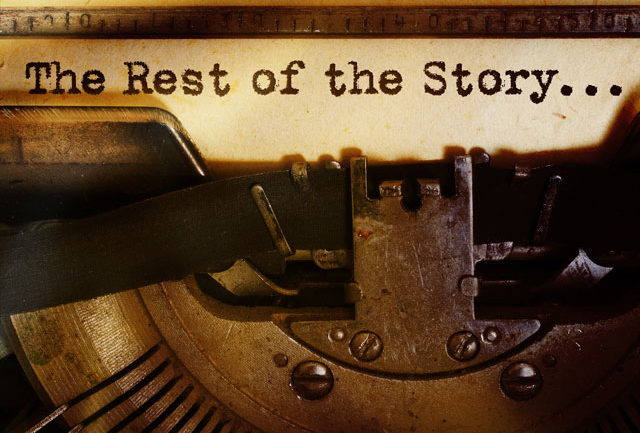 As a writer, even a fiction writer, I admit I often see myself not only as a storyteller but as a commentator on the world and the people around me; filtered through the lens of my life experiences and the influence of those who helped shape and mold me as I grew up. My characters are all reflections of my perspectives in life and each one embodies some particular exemplified version of the lessons I’ve learned over time.

In many ways I grew up with a unique perspective, and that perspective has only continued to inform my personal worldview even as I approach a half-century of life.  As a result, certain events and the way we as a society, and as a people, approach those events have been at times fascinating and horrifying in equal measure to me.

My parents had me late in life.  Both had lived eventful lives; my mother grew up in a family of Southwestern ranchers and lawmen, while my father was a career Naval officer and fighter pilot who had served in three wars, to say  nothing of having grown up in Great Depression-era Chicago at the height of Prohibition.  Each was the other’s third marriage, and they each believed being parents was beyond them at that point in their lives; having a son ended up being a joyful surprise – and I’m sure at times a challenging one - for them both.

Individualism is the essence of hope that conquers the despair, and it is a life lesson I will never forget to live out or to cease emphasizing in my writing. – JR WintonI had an embarrassment of riches growing up regarding those who mentored and raised me; those people who became my greatest influences were people who were larger than life characters.  My father, the combat-hardened ace fighter pilot, was only the first.  My mother’s father was a man who could have been a character lifted from a classic Western novel by Zane Grey or Louis L’Amour; a steely-eyed lawman with a deeply held personal code of honor and integrity, who had not only survived but prevailed in a number of violent confrontations with New Mexico bandits and desperadoes.  He had a reputation as a tough man who was not to be trifled with; more than once criminals had surrendered simply knowing he’d arrived on the scene.  His wife, my grandmother, was the second of five children born into a Southwestern ranching family descended from Scottish immigrants, and every bit his equal in terms of grit and determination.  Their only child, my mother, was a fiery redhead who brought that same grit and determination to her marriage with my father. 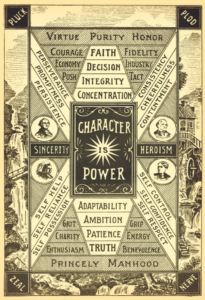 These tough, principled people had a no-nonsense value system that demanded integrity and honor in all things; if a man’s word was no good, then he was no good.  To their way of thinking, you could call them any profane name in the book and they’d shrug it off… but call them a liar or a coward and those were fighting words.  My grandfather once sat down with me and spoke of how a man needed to be honest and uncompromising in his values; he had to know how and when to stand his ground, to know how to survive in the wild, to know when to fight and when to back down, and to know how to provide for himself and for his family.  If you couldn’t be relied upon as an individual then you couldn’t be relied upon at all; but ironically if you were a strong and self-sufficient individual that gave you the strength to be a better and more effective contributor to the well-being and success of society as a whole, capable of reaching out to provide help and support to your neighbors and the entire community was bettered as a result. In the Desolation Trilogy of novels I have written, one character that embodies this philosophy more than any other is a man named Reed Cooper.

Reed's life begins in painful and traumatic circumstances that force him to rely upon himself from an early age for survival… but he also has people in his life at key moments who show him that compassion and generosity of spirit actually exist and are not simply empty platitudes. He grows to adulthood with a deep sense of individuality and distrust of others; but just enough faith in humanity to allow him to recognize and accept friendship and loyalty.  He may think of himself as a loner who holds others at arm’s length… but he treasures the friends he has and would give his life to keep them safe should it become necessary.  He knows that not all people are trustworthy; but he recognizes that some people are, and they can be worth dying for.

In my own life I have, at times, been shocked at how selfish and self-serving some people can be; stunned by their willingness to betray the most basic fundamentals of decency and morality for the most petty moments of self-gratification and self-indulgence.  But sometimes I’ve been equally shocked at the generosity and compassion some people can demonstrate in the darkest moments, when hope can seem most remote, and I realize how important it is not to lose hope or faith.

The problem is that a lot of our society today is being told to subjugate their own individuality in favor of the collective, and that it is the responsibility of the collective to support the individual instead of the other way around.  But according to my value system a society cannot be strong when the individual is weak.  A strong individual creates a far better foundation upon which to build a strong, self-sufficient society, but that individual must never forget his obligation to his fellows to help hold them up when he can, and to bring them with him to ultimate triumph.

Unfortunately, in today’s world, it is easy to be beaten down by the events that plague the daily news cycle.  It is easy to be disillusioned in our belief that humanity might possess the better character and decency we all like to think lives within us. Individualism is the essence of hope that conquers the despair, and it is a life lesson I will never forget to live out or to cease emphasizing in my writing. 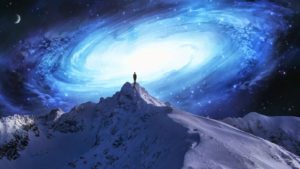 believe it is my faith in that philosophy instilled in me by the mentorship of my family that informs my writing, and why my stories tend to revolve around strong individuals; tough, capable, and no-nonsense people who do rise to the occasion when faced with trials and challenges, and who never forget how important it is to protect and defend others they find themselves responsible for.

My grandfather – the tough, no-nonsense lawman whose personality inspired a lot of Reed Cooper’s – also taught me something other than the importance of being strong or capable.  He told me to take a moment at the end of every day to stand in front of a mirror and evaluate myself and my actions to make sure I was still a man worth looking in the eye.  In the end, he told me, if you couldn’t look yourself in the eye at the end of the day then somewhere along the path you’d lost your way, and it was time to figure out how to get back on the right path again.

If you have chosen not to trust in yourself, and to expect someone else to save you, then there is a good chance you will fall; but if you have chosen instead to cultivate your own strength and commitment to be the best, most reliable individual you can be, then you will be able to stand on your own two feet and show yourself that you are stronger than you ever expected you could be.

J.R. Winton was born at the Patuxent River Naval Air Station in Maryland, grew up in New Mexico, and is an avid outdoorsman currently living in the mountains of Northwest Montana with his wife Santanita. His blog, https://jrwinton.net/blog, highlights his insightful thoughts on life, current issues, and book topics of interest to him. Descriptions of his interstellar Wild West adventure series, The Desolation Trilogy, and his newest short story, The Gunman’s Voyage, can be found on his blog or ordered from Amazon for Kindle.